Methods for Powering a Multi-Room Amplifier 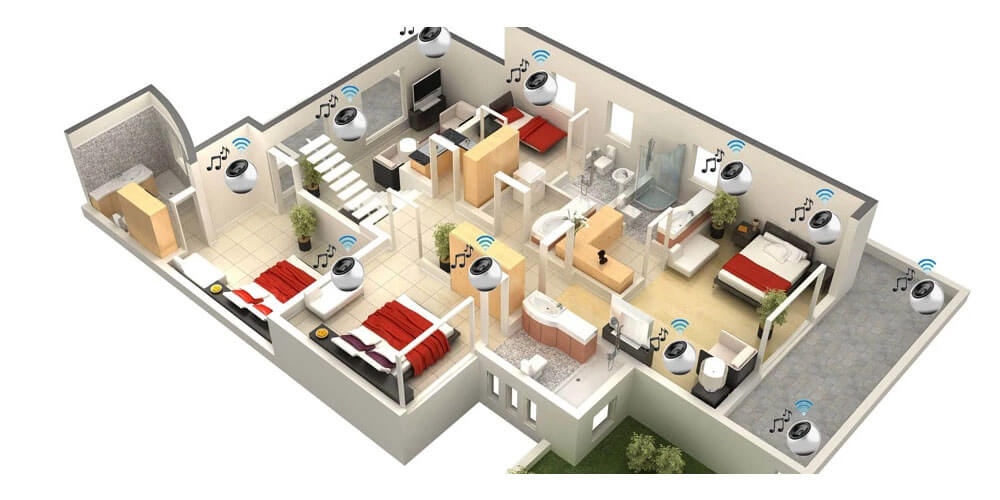 A power amplifier drives your speaker so that you hear the sound. An amplifier produces Watts. Watts has a capital W because it is named after a prominent historical character known as James Watt. He invented the Watt steam engine. It impacted several lives by ushering an Industrial Revolution in Britain and other world parts. A Watt represents one energy Joule for every second. However, you don’t need to be aware of all that to figure out the power it takes to make a speaker loud. It is simpler than you may think.

A properly planned multi room-system should keep your music moving through the home. You may power ceiling speakers, bookshelf, and outdoor speakers through a wired system that ranges from one to two receivers. You can also have an advanced multi-zone system.

Understanding the basics of a multi-room amplifier

Home theater receivers come with seven to more channels. They also have a certain number of zone 2 speaker outputs for a stereo speaker in a room. With the dual-zone receiver, you can always listen to various audio sources in every zone.

Multi-zone theater receivers come with seven to nine channels of power. They could also contain more speaker connections as compared to the channels. A receiver that comes with nine-speaker outputs can power up to seven speakers at once.

If you have a receiver with nine channels and 11 speaker outputs, you can quickly hook up a nine-channel sound system to it. You can also hook up a stereo speaker in a separate room. The catch is that when listening to music in one zone, the remaining two channels will drop from the surrounding mix. You should be left with about seven channels of sound, specifically in zone 1. When zone 2 is turned on, the sound reverts to about nine channels.

The easiest way to find audio in 3 spaces with one receiver is to locate a reliable channel receiver with several powered speaker outputs for two zones, namely 2 and 3. The models can support 3-source audio. Using a preamp output implies that you will need another receiver and an amplifier for another zone. This is an ideal option if you have a rather old receiver you would instead put to perfect use.

If you have more than three rooms to amplify, you would wish for the audio system to extend beyond those rooms, right? Talk to a professional system installer or manufactures of the same. There are several factors to weigh in on when choosing the equipment as well as setting everything up. First of all, you should determine your room’s size and the kind of music you would like to play in it. Would you like to play a different type of music but in different time zones?

Your designer has an idea of picking out the correct multi-channel amplifier for the demands you have. They can also show you how easy it is to configure it to have an easy-to-use machine that does exactly what you would wish to have in matter quality sound.

Your Check List for Shopping for a Laptop Battery

Three Benefits Of Getting Your FUT Coins

When should you make the switch to a...

The Function Of A Smart Network Set-Top Box

How to Select the Perfect Laptop in a...

Why Battery Recalibration Is Vital For Battery Life

Tips on How to Earn Runescape Currency

How to build a user-friendly mobile app?

Features That Every Mobile App Should Have